A brief history of conversational commerce

In 2015, conversational commerce was taking the eCommerce world by storm. But hampered by chatbot limitations and usability issues, two-way brand-customer dialogue at scale stalled. So what’s happened in recent years, and where are we today?

What is conversational commerce?

‘Conversational commerce’ has become an increasingly familiar buzzword within eCommerce over the last ~5 years. As a term it was coined by Uber’s Chris Messina in a 2015 Medium post, who thought it would become the “primary way in which people transact on their mobile devices.”

At its heart, conversational commerce is about the intersection (and blurred lines) between communication and shopping. Real world use cases include brands speaking to their audience through channels like SMS, WhatsApp, social DMs or voice - and customers being able to ask a question, leave a review, check order status or make a purchases via these platforms.

And because such channels are where consumer audiences already tend to hang out in their droves, the opportunity to leverage them to build relationships with customers, and ultimately sell to them over a long period of time is potentially huge.

It’s a money maker early adopters have tried to capture, with varying degrees of success. Luxury fashion brand Burberry was among the first to use Facebook Messenger to share content, build brand engagement and drive revenue.

The value here is obvious, but it’s not quite as simple as just picking up the phone and messaging all of your customers. For conversational commerce to fulfil it’s true potential, brand-consumer interactions have to be just that - conversational, which by its very definition demands a two-way dialogue.

How does conversational commerce work at scale?

If a customer has a query about the product they’re interested in buying, for example, a vendor must have some means of replying and moving them towards purchase. Naturally, that is tough to do at scale, and that’s where bots have come into play.

Automated chatbots that detect customer intent, like a customer asking a particular query, then providing a reply to solve the issue without human intervention had great potential.

Like any disruptive tech, there are trailblazers in the space that break down the door for everyone else. Domino’s Pizza launched their delivery order bot via SMS in 2016, quickly followed by the likes of Taco Bell on Slack and 1-800 Flowers through Facebook Messenger.

These early movers sparked an arms race for consumer brands dashing to exploit with this new frontier of bot-driven customer interaction. A year after his original piece coining conversational commerce as a phrase, Messina argued the following:

“The net result is that you and I will be talking to brands and companies over Facebook Messenger, WhatsApp, Telegram, Slack, and elsewhere before year’s end, and will find it normal.” - Chris Messina (2016)

From the perspective of 2021 that statement looks a little premature - so what happened? Why didn’t the ecosystem evolve as envisioned? Why haven’t customers been regularly chatting with their favourite brands via the same social platforms they speak to their friends on?

Firstly, the reality was that chatbot technology wasn’t good enough during the mid-2010s. Their capability to field a wide range of customer queries was limited, meaning they still relied heavily on human interaction to perform. Once dialogue went beyond the small number of possible scenarios that a bot could handle, a human had to jump in to guide the conversation back onto a specific flow.

The experience for the customer was also poor, and you immediately knew you weren’t talking to a real person. The little tells like full stops out of place, lack of colloquialism, personalised language and reactions to your inputs being rigid all distanced the customer from the seamless experience they were after. Automated bots couldn’t deliver the same sophistication of experience that a human CX rep could, and therefore, conversations became costly as they scaled. The ROI’s couldn’t keep up and the hype started to wain.

Secondly, the actual utility to the customer (ability to purchase, ask questions one-to-one, share reviews etc) was good - but not great. You could ask a question about a product and get a good response, but when you wanted to purchase it from your favourite store you were redirected back to the eCommerce site to complete the transaction.

Whilst you could receive order tracking details via SMS or WhatsApp, leaving a review meant logging in to a separate online portal, or sending an email. This friction-filled user experience meant conversational commerce has failed to become a mainstay in consumer lives as rapidly as many thought.

This has been reflected with the adoption curve for the technology. The innovators (~2.5%) who used a conversational channel to speak to customers created a novel experience, but not one that had widespread appeal. There was an influx of press, investment and hype in the space, which had largely died down towards the end of 2016/17. Which begs the question, what next?

The present and future of conversational commerce

Although progress has been slower than once expected, things have really moved on in recent years. Natural language processing has developed significantly, to the point where chatbots can handle increasingly complex interactions with less human intervention.

User experience stumbling blocks have also been addressed and slowly overcome. Innovative payment models have evolved to integrate more seamlessly into conversational channels, removing the friction that had plagued the buying journey.

Multiple repeat payments can now be taken either in-channel, or in one-click via a pre-populated checkout link, whilst reviews can be collected with a simple reply from the customer side. Qualitative and quantitative insights taken from all of these high quality customer interactions are also being fed back into eCommerce stores, enabling them to iterate and improve their offerings.

All this means that the early promise of conversational commerce is starting to be realised. Brands are now driving real, tangible ROI through increased conversion and retention metrics via two-way conversations at scale. Interactive channels like SMS, WhatsApp, social media DMs and Slack communities are increasingly being added to the eCommerce Manager’s tech stack, alongside more traditional methods of communication like email and social ads.

Blueprint is transforming the future of eCommerce by empowering brands to scale businesses with authentic, two-way conversations with customers at scale. If you’re a scaling eCommerce store looking to supercharge your retention and revenue, check out what we’re building. 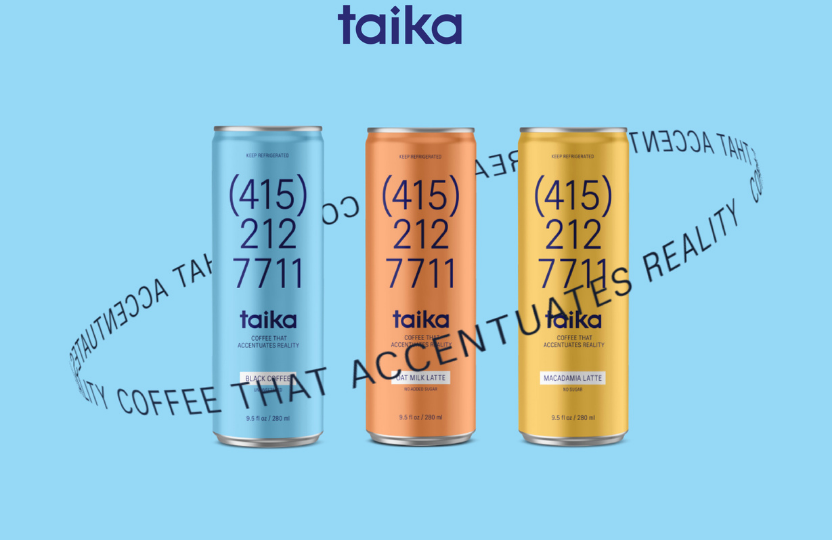 We reveal which merchants are ahead of the text-based retention game. 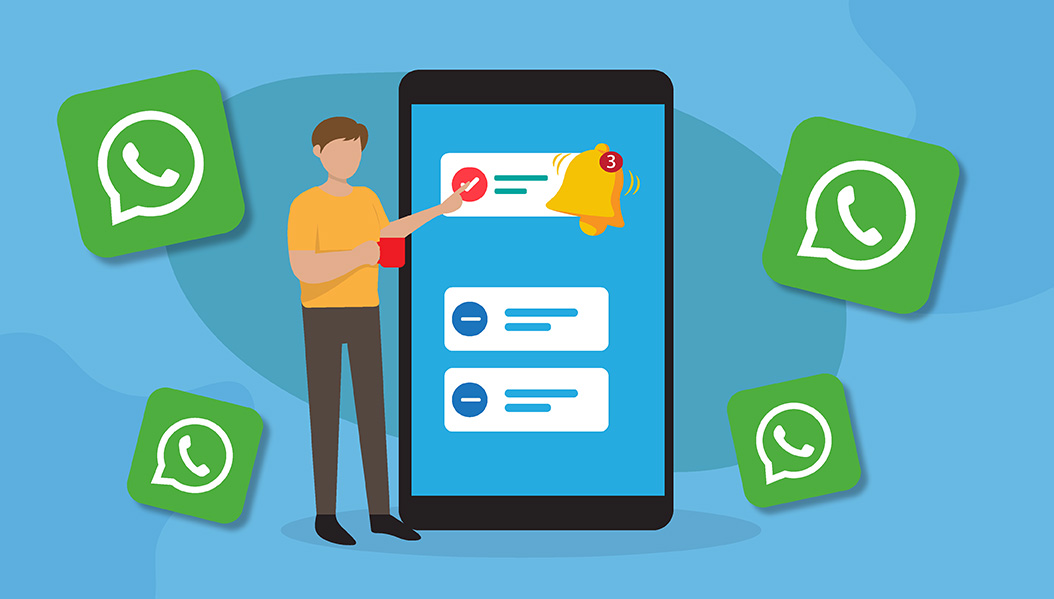 The ultimate guide to using WhatsApp for marketing 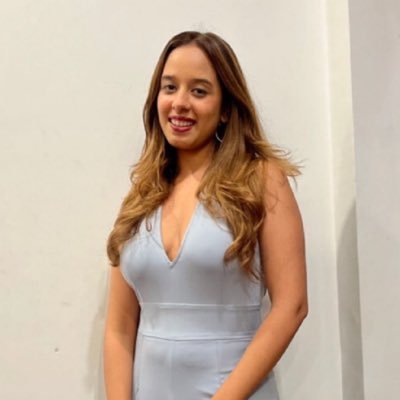 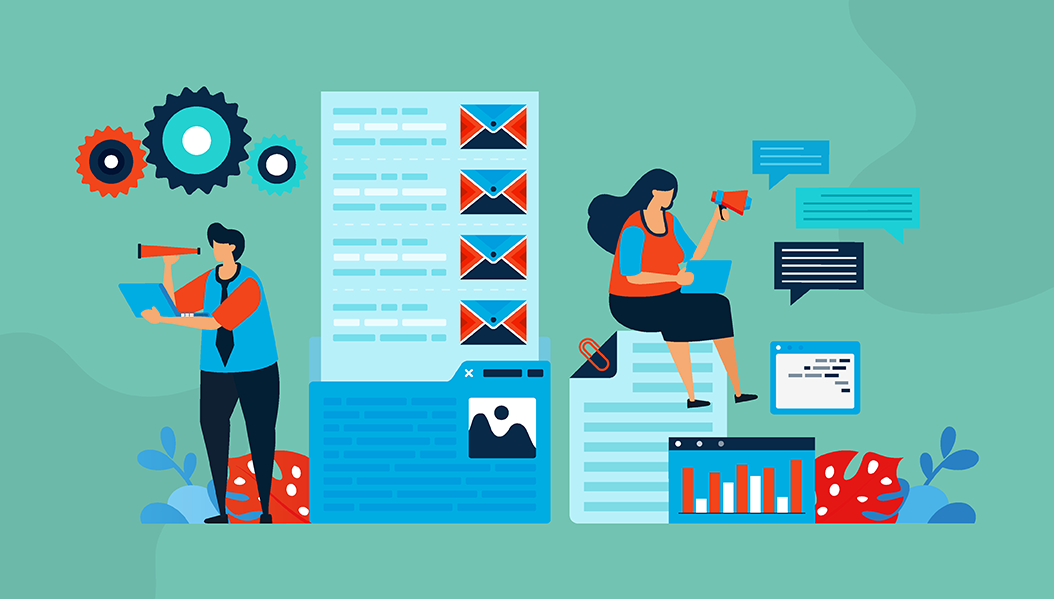 SMS vs email: The ultimate guide

We cover the difference between email and SMS, and the best ways to integrate the two channels.